You are here: Home / Blog / Steamed Taro with Bacon 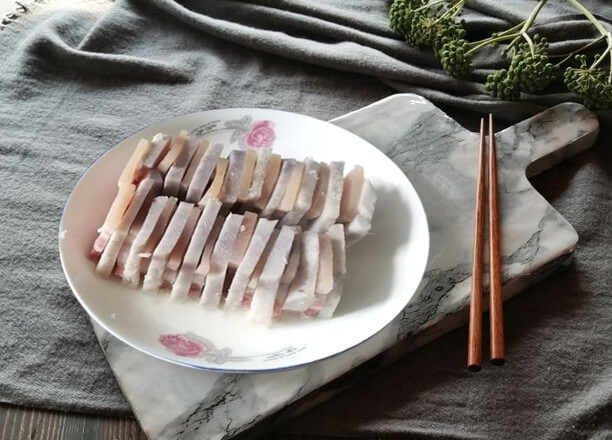 Today I recommend a dish-steamed taro with bacon. The reason for this dish is that his sister-in-law and father-in-law often steam potatoes with bacon, which is very delicious. Originally. I didn’t like to eat bacon, because it was fat and salty, not tasty. But this steamed bacon with taro has overturned my understanding of bacon. The bacon is fat but not greasy. The taro is crispy and glutinous. It’s really delicious!

How to make steamed taro with bacon?

After cleaning the bacon, put it in a pressure cooker, add water to cover the bacon, and cook for 15 minutes. More water can be added to prevent the pot from sticking, and also to leaching out the salt of the bacon. Cut the pressed bacon into thin slices, about 3~5mm thick. 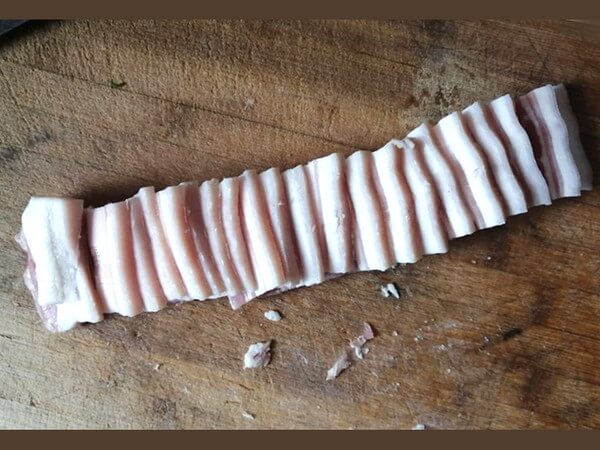 put it in a pressure cooker

Peel and wash the taro, cut 1/4, and cut off the corners, and shape into a rectangular parallelepiped the same width as the bacon. Cut thick slices, about 5~8MM. 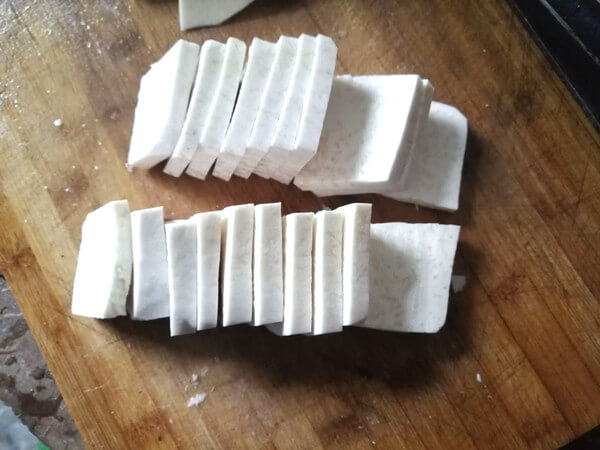 Peel and wash the taro

Place 1 slice of bacon and 1 slice of taro at intervals and arrange them on a plate. 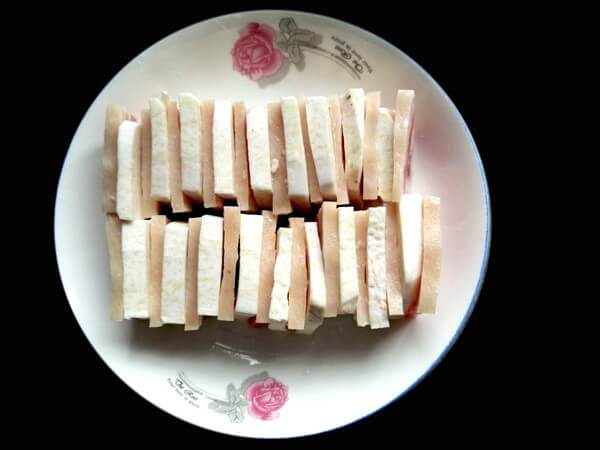 Add water to the steamer (more water). Put them on the steaming rack when the water is cold, boil on high heat, and turn to low heat to cook for about 1 hour. 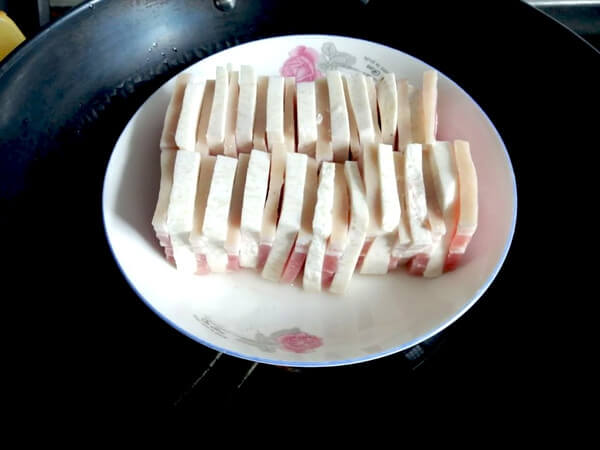 Add water to the steamer

Steam it until you can easily pierce the bacon and taro with chopsticks, and then it can be served. 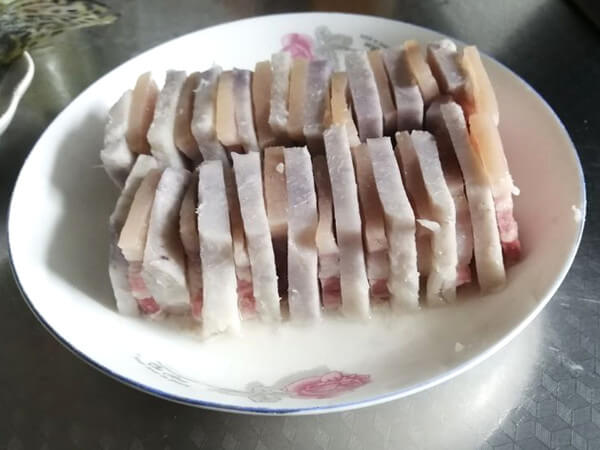 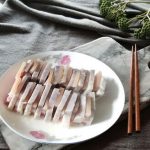 If bacon is not pressed in a pressure cooker, it is best to soak it in clear water overnight to make it less salty. Local taro should be fine too. It is recommended that the meat and taro be bitten together for a richer taste. Hope you like the steamed taro with bacon.