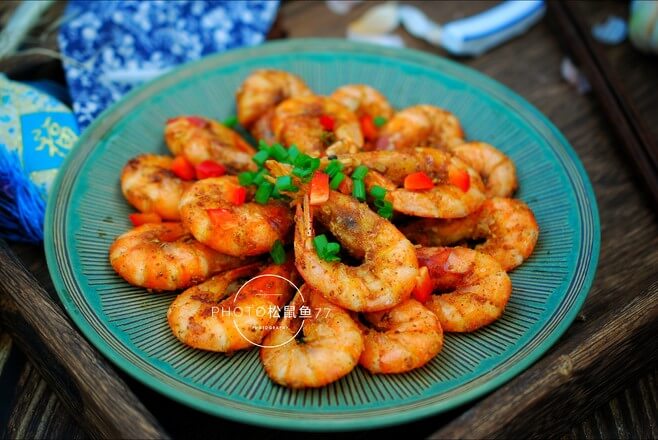 A crisp and crispy salt and pepper shrimp is ready.

The key to the success of the production of salt and pepper shrimp lies in the control of the heat. The shell of the shrimp should be crispy but not overheated, the meat should be fresh and tender, and the water loss should not be too much, otherwise the fresh meat will be hard and taste bad.Salt and pepper prawns must be deep-fried twice to have a crispy effect. Use medium heat for the first time. The temperature of the oil should not be too high. Fry the shrimp until the shrimp is in shape. Then, after the oil temperature rises, deep fry for the second time. Salt and pepper shrimps are not too greasy and crispy and delicious.Whether the salt and pepper shrimp is coated with starch or flour, I have been making the wrong thing, no wonder the shrimp is not crispy enough. If you want a crispy shrimp shell, look down carefully! 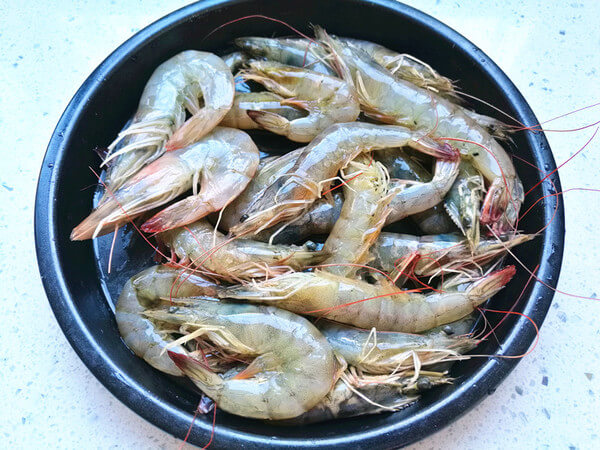 Cut the shrimp to remove the shrimp whiskers and the shrimp gun. Find a toothpick and pass through the second section of the lower back to pick out the sand line. 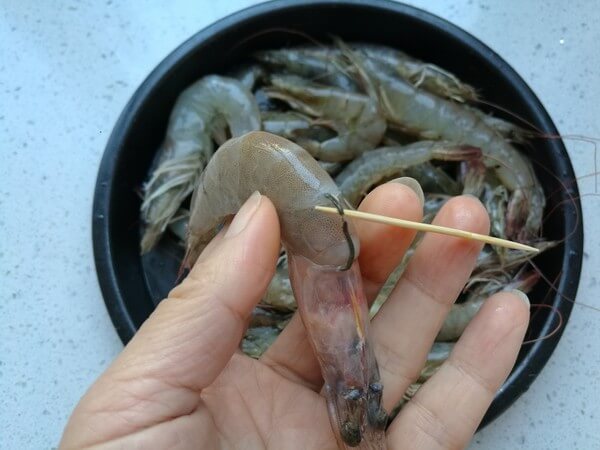 After picking all and washing them twice, add the scallions, ginger slices, and cooking wine. Grab them with your hands and marinate for 30 minutes. There is no need to put salt in this step, and the salt and pepper will be added after fried. 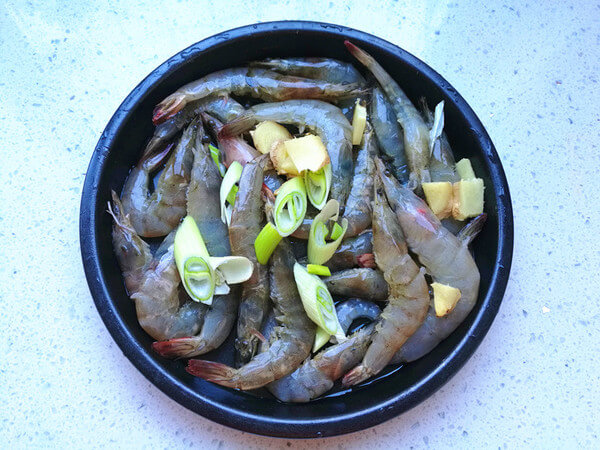 After picking all and washing them twice,

For the marinated shrimp, use a kitchen paper towel to absorb the moisture, add an appropriate amount of flour and starch, the ratio of starch to flour is 1:1. 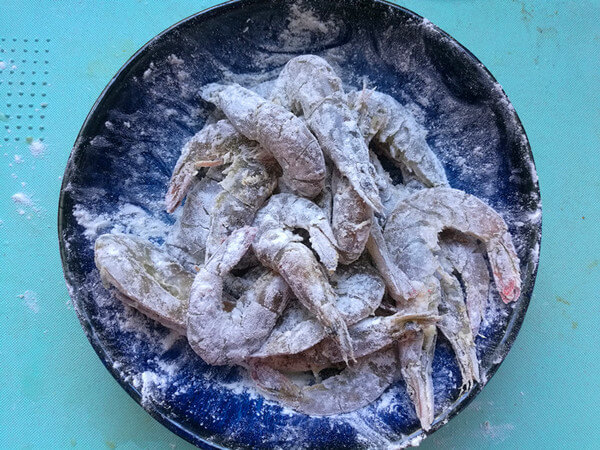 For the marinated shrimp

Heat the wok, add cooking oil to the pan, slightly more. The oil is 60% hot, and the shrimps are fried one by one. How do you know that it is 60% hot? Put a chopstick into the oil pan, there are small bubbles around the chopsticks, it is 60% hot. After all is fried, take it out, wait until the oil temperature rises to 80% hot, then put the shrimp in the pan and fry again, which will make the shrimp more crispy. 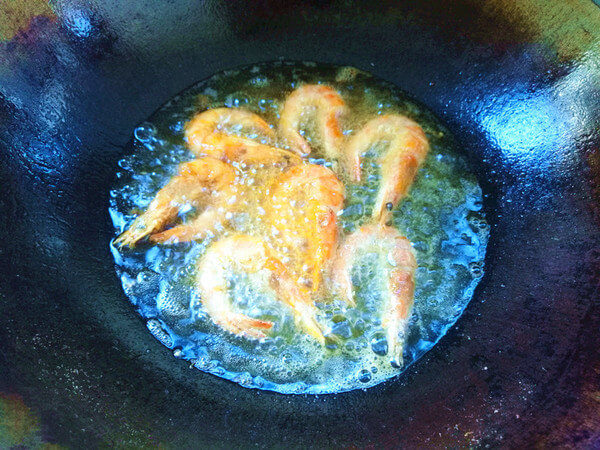 Heat the wok, add cooking oil to the pan,

Heat up the wok, put a little oil on medium and low heat, put the green onion and ginger slices into the pot and stir fry until the flavor is obtained. Just add the red pepper and stir-fry evenly, add a proper amount of pepper and salt and mix well. 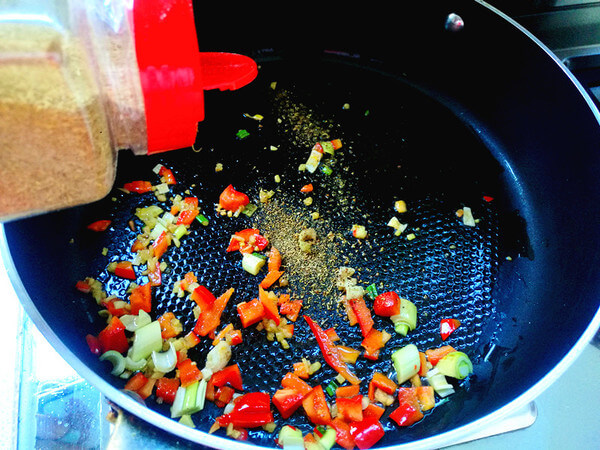 Heat up the wok, put a little oil on medium

Put the fried prawns into the pot, shake the pot to make the salt and pepper more evenly, and put it out of the pot! 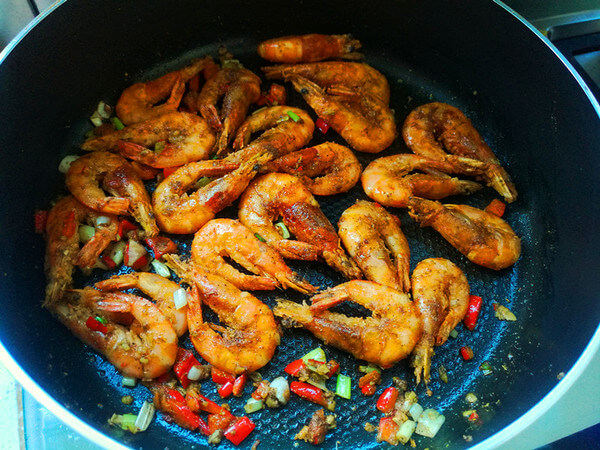 Put the fried prawns into the pot,

A crisp and crispy salt and pepper shrimp is ready. Have you learned it?

A crisp and crispy salt and pepper shrimp is ready. 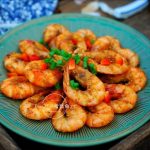