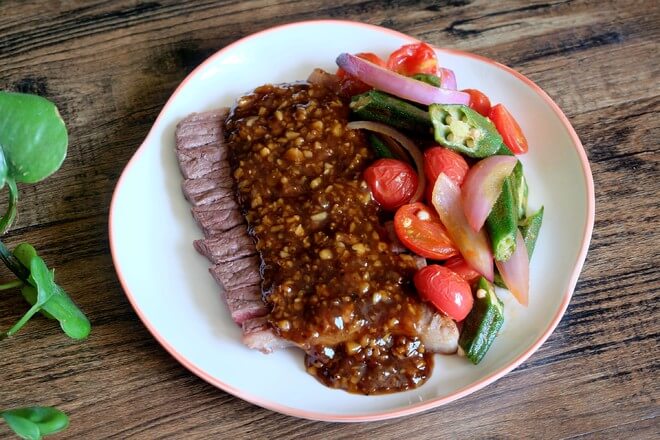 The best oil for frying steaks is unsalted butter or olive oil.

A few days ago, I was shopping with my friends, looking for a place to eat in the mall, and ordered the steak set recommended by the waiter. When I came up to see, it was a black pepper steak, a little vegetable, two slices of bread, and a bowl of bad soup. It actually costs more than a hundred, which is really expensive!This black pepper steak is not difficult to make. Cooking this black pepper steak at home can save at least two-thirds, and the black pepper sauce I made by myself is better than the restaurant’s. So the next day I asked a friend to come home again, and I personally made a black pepper steak for her to taste. As expected, my friend even praised it. This cooking skill can be opened!Steak, or steak, is a block of beef. It is one of the most common foods in Western cuisine. It is mainly fried and barbecued. In Europe, pork and lamb are the edible meat of the common people, while beef is the high-quality meat eaten by the nobles. Steaks are cooked and eaten with pepper and spices, and served on special occasions, which can demonstrate the noble status of the owner.Later, steaks were brought to China, and they have always been known for their high prices. It usually costs about 100 yuan to eat a steak, but making your own steak at home is relatively cheaper.To say that it is very convenient to buy steaks, whether in supermarkets or online shopping, and the price is relatively acceptable, but you must also pay attention to the distinction. Steaks can be divided into original cut steaks and restructured steaks according to different techniques. Cut steak refers to a whole piece of beef sirloin and sirloin that is directly cut and packaged without any pretreatment. It is fresh meat, bright and shiny in color, fat white or creamy yellow.The reorganized steak can also be called spliced ​​steak, which is a conditioned meat product processed with the help of meat reorganization technology, usually with supplementary materials such as water, soy sauce, and seasoning. The reconstituted steak is dark red in color, and the fat is dull. It tastes softer and tender than the original cut steak, but the beef itself has a greater loss of flavor, so it is better to eat the original cut steak.Some friends said that steak is easy to buy, but they can’t make it. Today, I will share my favorite black pepper steak method. There is no need to buy the sauce. The black pepper sauce made by myself is more fragrant than the bought one. Eat freshly made, the sauce is rich, the steak is tender and juicy, and it is delicious with your favorite vegetables. It is highly recommended. Let’s see how I make black pepper steak!

How to make pepper steak

Prepare to import the original cut snowflake steak. The steak is what we often call the steak. The steaks from Pinzhen Fresh Live Mall are imported frozen, five slices in a bag, individually packaged, just the right size; 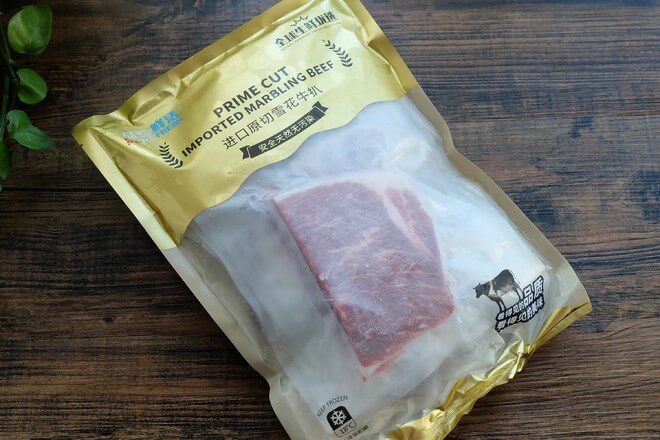 Thaw the steak, use kitchen paper to absorb the blood and set aside; peel the garlic and pat flat, peel the onion and wash, wash the okra and place it in a pot of boiling water for 2 minutes to remove and cool it for later use. Wash the small tomatoes for use; 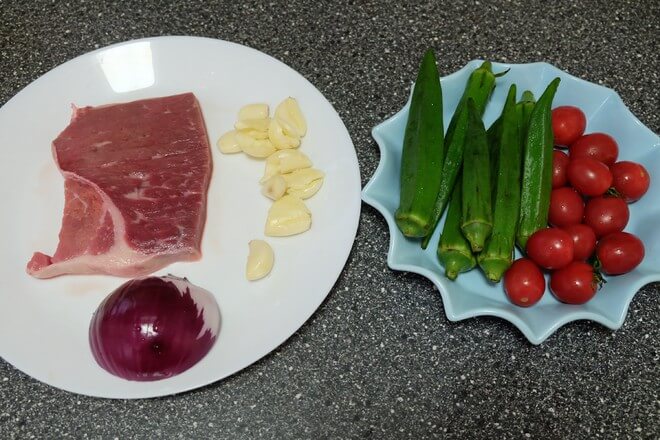 Thaw the steak, use kitchen paper to absorb the blood 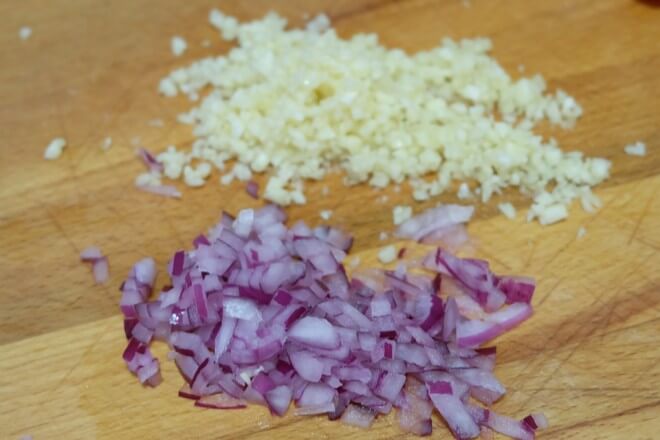 Cut the garlic into minced garlic,

Heat a pan on the heat, put a small piece of butter (about 15g) to melt, put the chopped garlic and onion in it and stir fry to get the fragrance; 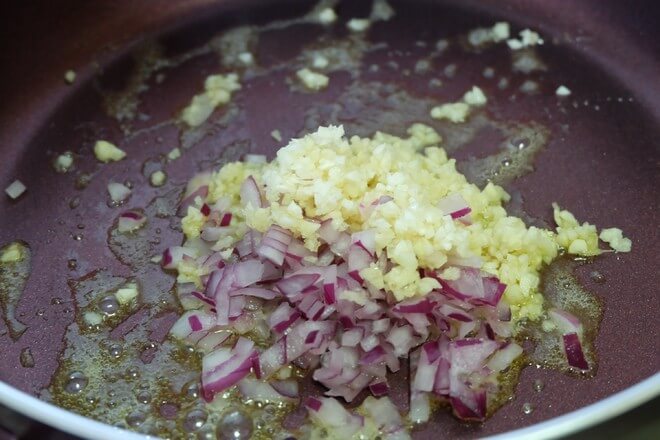 Heat a pan on the heat,

After the garlic and onion are fragrant, add the chopped black pepper. I use the freshly ground black pepper from the grinder and stir-fry evenly; 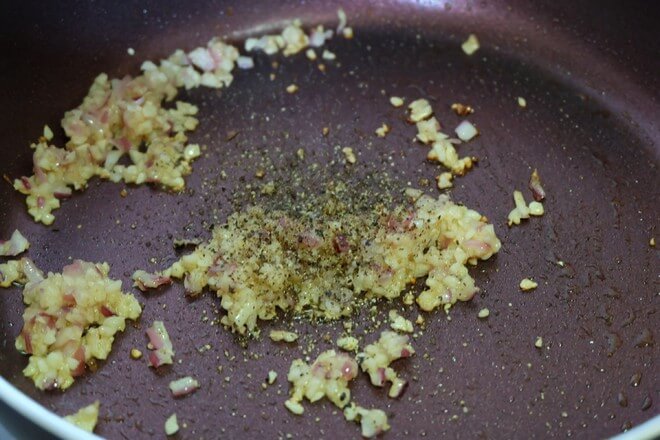 After the garlic and onion are fragrant,

Pour two tablespoons of oyster sauce, half a bowl of water, and one teaspoon of white sugar into the pot; 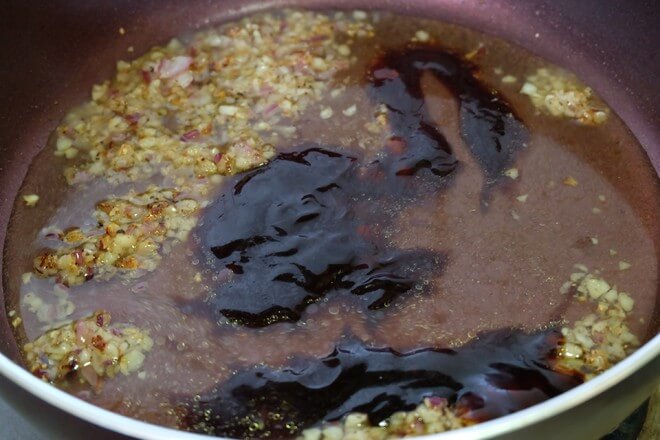 Bring to a boil on a low heat and stir evenly with a spatula. Bubbles will start to form in the pot soon; 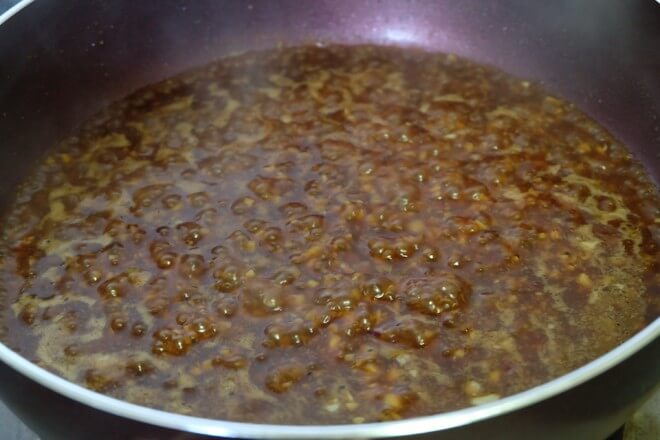 Bring to a boil on a low heat and stir evenly with a spatula.

Boil until the sauce is thick in the pot. When boiling, be sure to stir constantly, and the heat should not be too high to prevent the sauce from cooking. 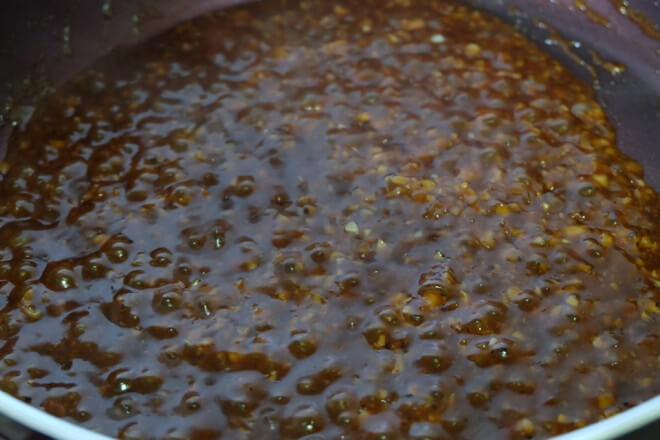 Boil until the sauce is thick in the pot.

Put the boiled black pepper sauce in a bowl and set aside; 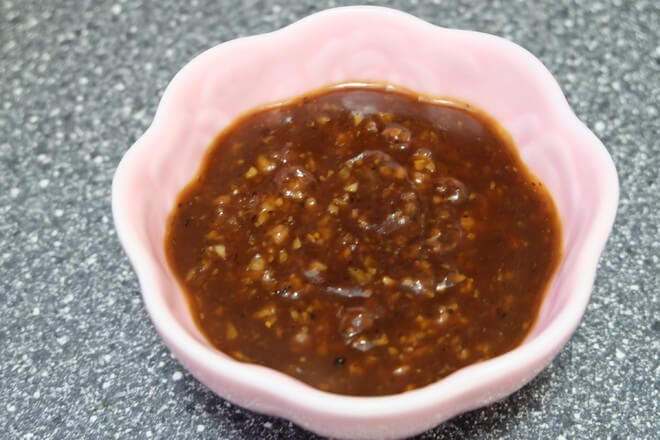 Put the boiled black pepper sauce in a bowl and set aside;

Clean the pan, heat it up, put a little butter to melt, put the beef into the pan, and fry until it is cooked; if you like softer meat, you can beat it with a knife back or a meat tenderizer for a while, and the fried steak will bite better some; 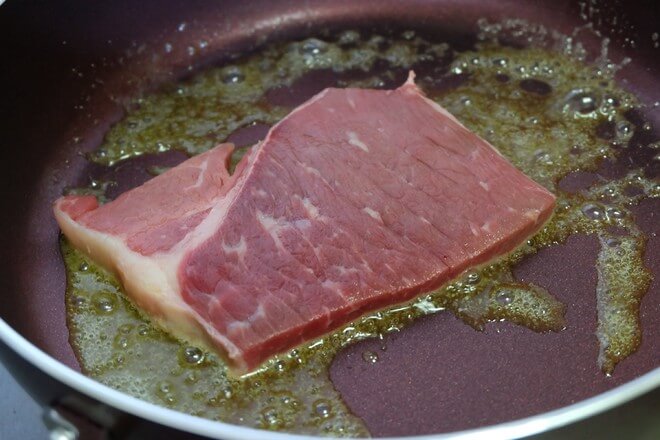 Clean the pan, heat it up,

Fried on both sides, the steak is tender and juicy, full of fragrance, and it can be served after it is fried to the degree of maturity you think of; 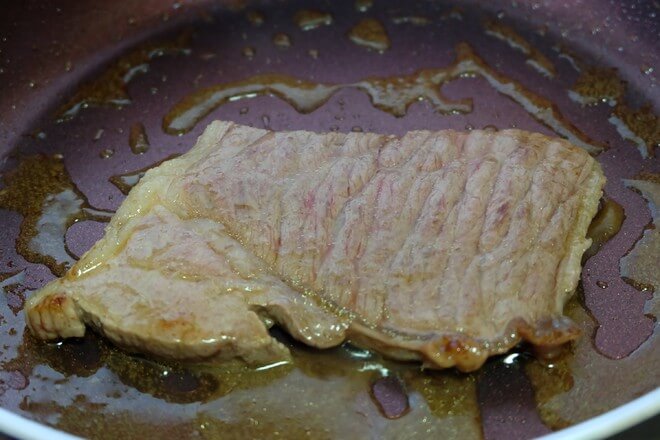 Fried on both sides, the steak is tender and juicy,

When frying the steak, cut the small tomatoes in half, cut the blanched okra into small pieces diagonally, and cut some onions into thick strips; 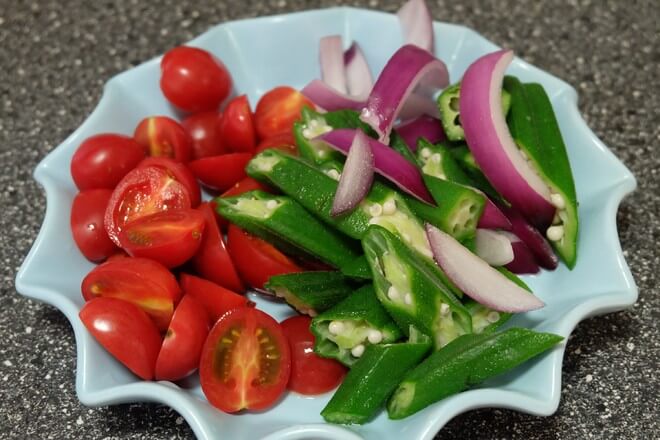 When frying the steak, cut the small tomatoes in half,

Put the cut ingredients in a pan, and use the remaining oil from the steak to fry these vegetables for a while; 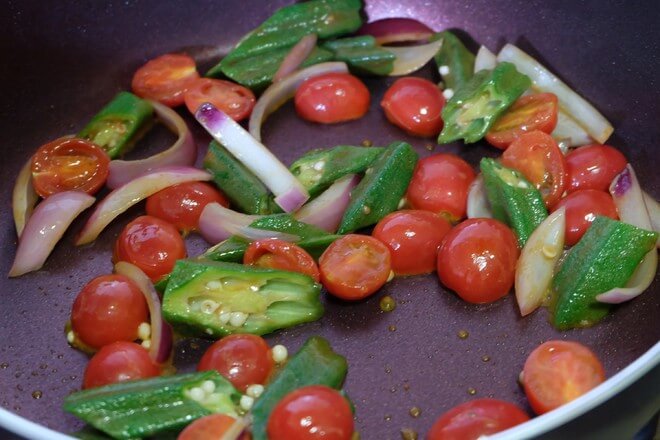 Put the cut ingredients in a pan,

The steak is cut into small strips and placed on a plate. The fried vegetables are placed on one side. The steak is topped with homemade black pepper sauce. The home version of the black pepper steak is finished. How does it look like? Isn’t it inferior to the expensive steak dishes in the restaurant? 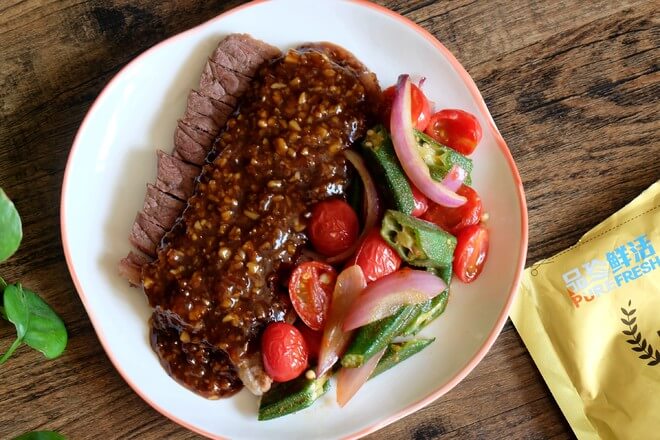 The steaks on the market include original

Beef is rich in protein, and its amino acid composition is closer to human body needs than pork. Eating beef can help improve the body’s ability to resist disease, increase immunity, and can also supplement iron and blood to promote recovery, increase muscles, and anti-aging. It is good for growth and development and surgery. People who have been nursed after illness are particularly suitable for blood loss and tissue repair. At the same time, beef is also one of the meat recommended by sports and fitness people.

Beef is rich in protein,

The best oil for frying steaks is unsalted butter or olive oil. 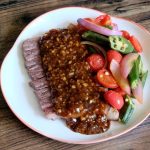