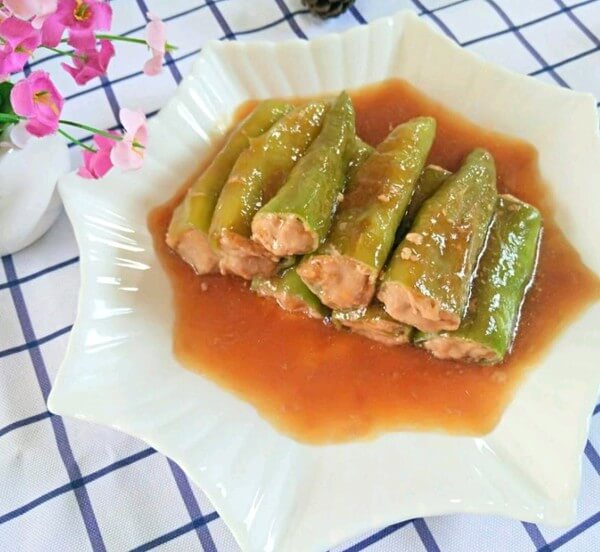 ” Green peppers are rich in antioxidant substances such as vitamin C, vitamin B, and carotene, which can help remove harmful free radicals in the body and prevent diseases! Promote digestion, accelerate fat metabolism and other effects! ” 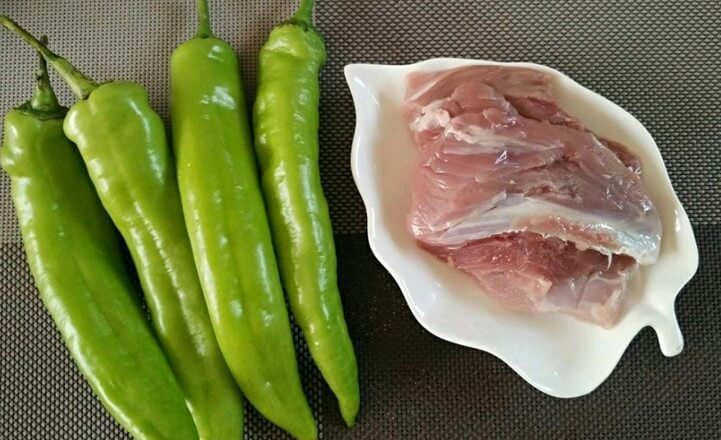 Put the meat into a cooking cup and beat it into minced meat, Put the minced meat into a large bowl, cut the scallions into green onions and put into the bowl. 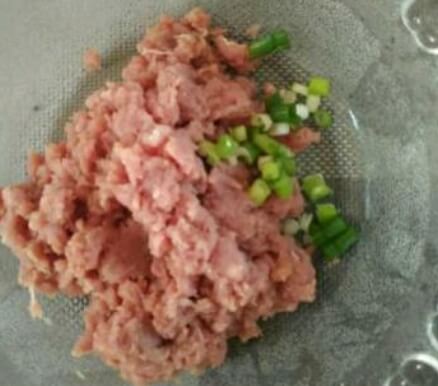 Put the meat into a cooking cup and beat it into minced meat, 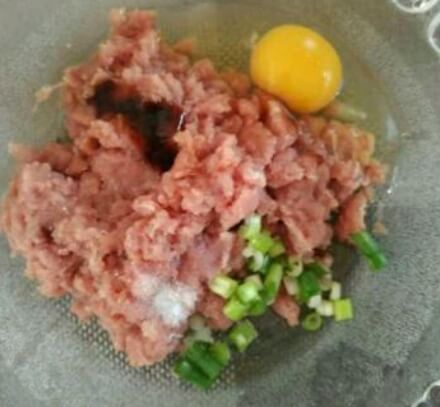 1 tablespoon of starch, stir in the same direction and stir evenly, marinate for a while 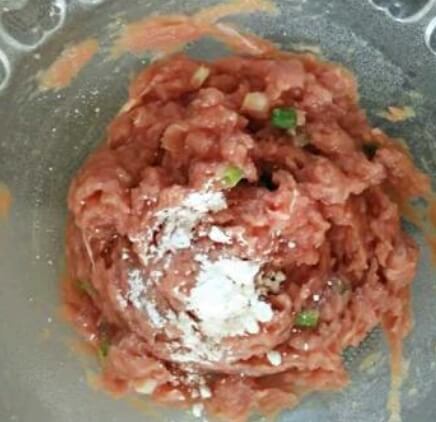 Wash the green pepper, remove the root, cut into two pieces, dig out the chili seeds and tendons inside, fill the meat filling and compact 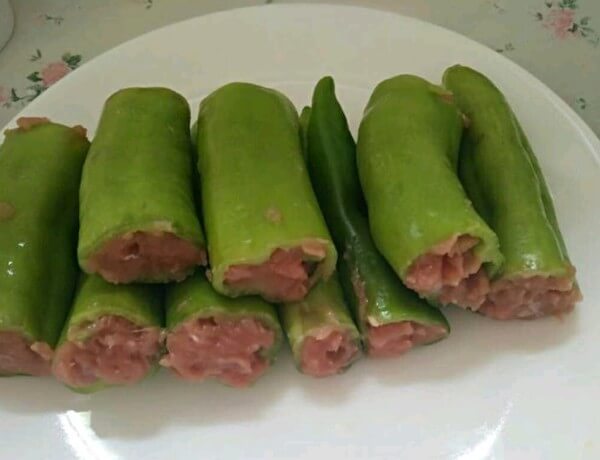 Put the oil in the pan, heat it on a low heat, add the fermented green peppers and slowly cook on low heat, remember to turn it halfway 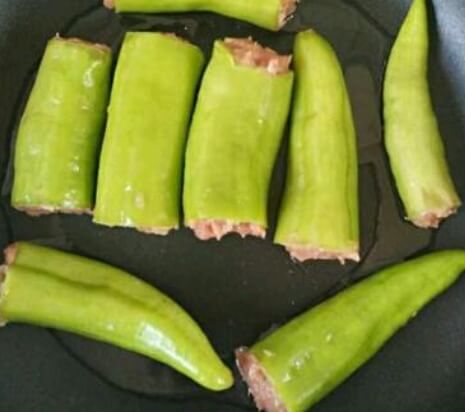 Put the oil in the pan, heat it on a low heat, 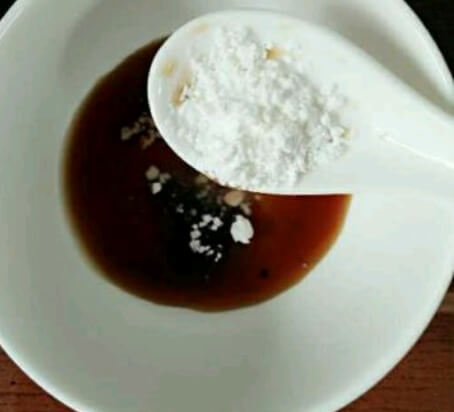 When frying green pepper, take a bowl to prepare the juice,

When the green pepper is fried to the state of tiger skin, pour the sauce and cook for about ten minutes. When the soup is thick, you can take out the pot, Finally, you get home cooking green pepper stuffed meat. 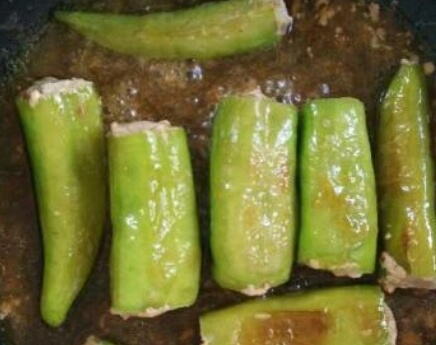 When the green pepper is fried to the state of tiger skin, 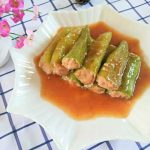